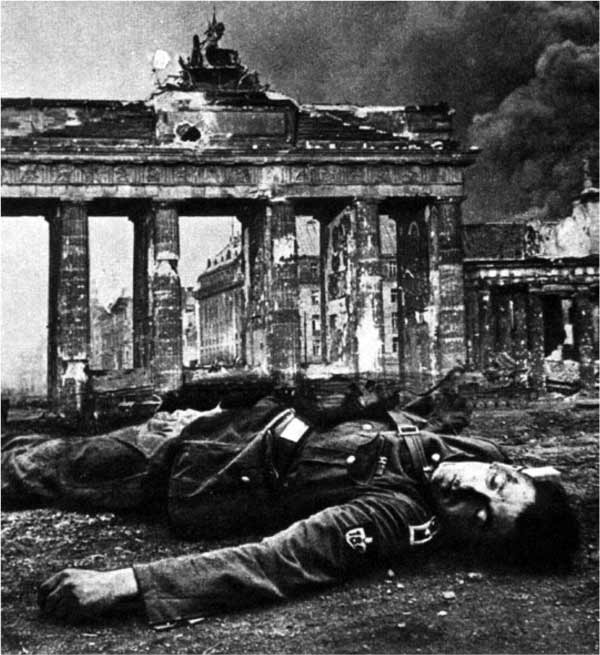 The Scent of Lilacs tells the story of Nazi Berlin during the catastrophic last two weeks in April 1945, when the city was attacked and occupied by the Red Army.  The terrible reality of the fall of Berlin is brought to life through the day-to-day personal experiences of ordinary soldiers and civilians as they struggle to cope, in particular the book’s five main characters:

The book starts on the eve of the great Soviet offensive to smash the German defences in front of Berlin, take the city and end the European war.  The attack has been in preparation for months; defenders and attackers wait with fear, uncertainty and hope.

The attack begins the next morning.  Tanya, Walter and his family wait with their neighbours in the cellar of their apartment block.  Tensions mount as days pass and as people of differing nationalities and creeds seek refuge with them.

The battle for Berlin is seen at first through the eyes of Leonid and Cheslav.  After a massive opening bombardment and several fruitless attacks, the Red Army breaks through and advances into the city.  John Marlow joins the fight; so too does Walter Schley, who is conscripted to help defend the city.  The experiences of the characters are woven together, and  join as the Red Army forces its way into the smashed heart of Berlin.

The Scent of Lilacs was inspired by a 1970s television documentary series, The World at War.  Haydn Corper decided to tell the story of the fall of Berlin and the end of Nazi-Germany from the point of view of ordinary people; not politicians, not generals, not the grand figures of history, but those whose lives were changed, and in some cases were destroyed, by the war.  He was also determined to show that the war against Nazi Germany was a very international war, a pan-European war involving people of many types from many nations.  At the heart of the war was an ideological and racial clash between two monstrous totalitarian systems: Nazism and Soviet Communism.  But while politics and ideology are woven into the tale, the story is grounded in the day-to-day personal experiences of each character.  The story is set in a Germany, in a Europe, very different to that of today, but they are events which shaped our current reality, and which continue to shape our future.

The book contains much detail of 1940s Berlin and of the fighting.  The book’s title is derived from the fact that, alongside other odours, amongst the rubble of a ruined city was the scent of early-blooming lilacs, the scent of Spring, of new life.

The Scent of Lilacs is a story of suffering and striving, hope and despair as the characters are swept along by those great and terrible events in Berlin in 1945.