Haydn Corper was born in Wales in 1959.  He grew up and went to University in London and Scotland.  At first an astrophysicist and astronomer, he then had a long and successful career as an international defence analyst, specialising in Soviet military affairs.  He served in an intelligence role in the Territorial Army for several years. During this time he was active in London and UK politics, becoming a Councillor and Group Chief Whip in Enfield. 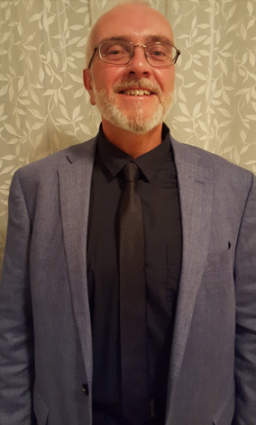 When the Soviet Union disappeared in 1991, he became a Public Affairs, PR and marketing consultant. In 1997 he quit the city for green fields and mountains.  Moving first to Herefordshire and then back to rural Wales, he set up his own community film company and then became a partner in a business consultancy advising small enterprises.

He has always been passionate about history, especially social and military history.  He started war-gaming when he was fifteen, the same age he was when he wrote his first novel, a spy thriller.

He took up re-enacting twenty years ago, has worn the kit, eaten the food, fired the weapons and lain in the mud and snow just as the characters of his book do.  He steeps himself deeply in the eras he writes about, reading both fiction and non-fiction.  He watches as many good movies and documentaries as he can about his subject and listens to period music. He always visits the settings for his stories.

He has written fiction for pleasure, and had technical and feature articles published in professional journals. It is the consequences for ordinary people of politics and war which really engages him; he believes it is their stories which count most and which he is keen to tell.